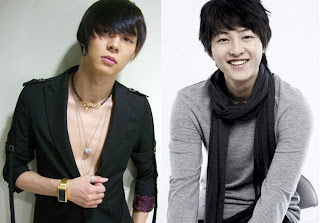 The new drama ‘SungKyunKwan Scandal’ which will be released during the second half of the year has already been sold to Japan for USD$4.83 million even before its airing in Korea.

The producer of ‘SungKyunKwan Scandal’ stated that, “On 18th May, Avex Japan has decided to buy each episode at an estimated USD$120 thousand, which totals up to USD$4.83 million”.

An unscreened drama, which has attracted a lot of attention from the overseas market, is very rare; therefore both popularity of Micky YooChun in Asia and the perfectly planned ‘SungKyunKwan Scandal’ has once again been proven in Japan. Once the news of Micky YooChun starring in ‘SungKyunKwan Scandal’ as the main lead was released, it was then reported in all of the major media stream in Japan, which had become the focus.

Avex Japan expressed, “SKKS is the first debut drama by Dong Bang Shin Ki’s Micky YooChun in Korea, not only Japan but all of Asia are fighting to get the broadcasting rights”.

A historical drama based on the popular novel ‘The Lives of SungKyunKwan Confucian Scholars’. This is the first ever drama that describes the background story of Confucian scholars. Other than Micky YooChun, Song JoongKi will also be in this drama, to start filming in May and to be released during the second half of the year on KBS.