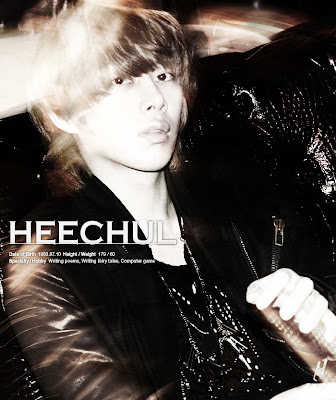 Super Junior Kim Heechul has revealed that he wanted to get rid of his minihompy after he started using Twitter.

Kim Heechul has said at a press conference for Super Junior Vol4 that "Recently I have thought that I should get rid of my minihompy which I made even before my debut. I dont know when my minihompy became a place for me to explain the bad rumors about me which are going around the internet. I used to just write for fun but lately it has become a burden".