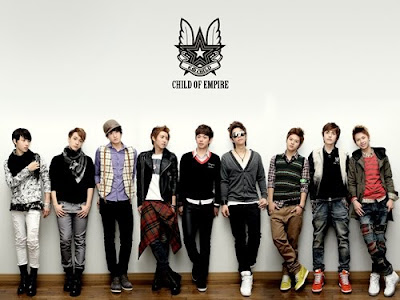 Star Empire has expressed their regret for group V.O.S’ transfer to another company.
On Mnet ‘Return of the Empire’s Children’ aired on 19th October, the representative Shin JooHak of Star Empire said, “This year, there is no much profits for Star Empire and we have no backup plan for that. With that, we call it a crisis for the company. With various situations of singers like transfer of company and inactivity, we will have to go ahead with Child Of Empire unconditionally.”

With that, it was stated that there are plans for Child Of Empire to do a programme on their wingcar public performance, saying that, “It will be of help. This was what Jewelry and V.O.S went through.”

What it means by a wingcar performance is that the members will do a mission of going around doing public performances without the help of a manager or company staff doing PR and promotions. Even as Child Of Empire consists of 9 members, they will only be given 100k KRW as promotion fees and they will have to settle meals and sleep in tents.

Star Empire’s representive said, “It will be hard to survive over 2D1N with just the amount because they have to settle from petrol fees to food with that. But with the hardship they go through, it will allow them to display their strength on stage in the future.”