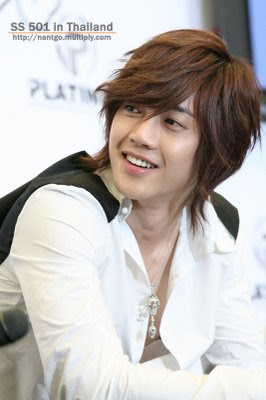 SS501 now is officially back in Korea promoting their new song off the album ‘Rebirth’ known as ‘Love Like This.’ Kim HyunJoong, the leader of SS501, in particular, had to go through some hard times when he was diagnosed with the Swine flu, also known as the H1N1 Virus.

HyunJoong confesses the hard times he endured with the swine flu.

During September (which had been already a bad month for the boy kpop idols) Kim HyunJoong was diagnosed with H1N1 virus. Now he confesses how much painful it actually was. “Being alone in the room, it was painful,” he confesses. In addiction, he added, “My temperature rose up to also 40 degrees celsius (104 degrees in fahrenheit), diarrhea and coughing conditions were the worst, and the symptoms that went along with the cold was the worst thing of all. But most importantly, the hardest thing of all was being all alone captured in the room to myself.”

Park JungMin had also stated, “Since he was the team leader, we were worried about him alot, also we were suffering from hard times because of the album recording, we even thought we was going to die like this, and if this album was going to be gone.” Kim HyunJoong also added on to JungMin by saying, “While I was in the hospital, there were people dying from the swine flu in the room next to me and I was scared.”

To make sure that his fans wouldn’t worry too much, he smiled and said, “Right now, I recovered 100% and we all prepared the album with happiness and hardwork.” He also made sure to wish K.Will, who had recently been diagnosed with the swine flu, a quick recovery.