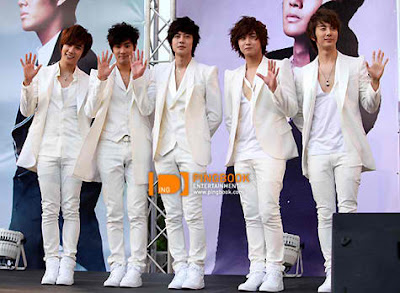 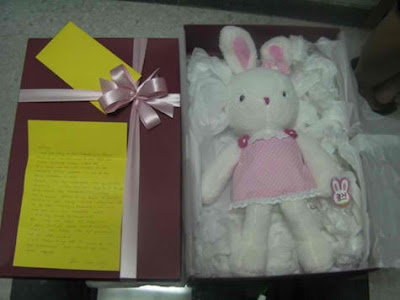 SS501's Group leader send a gift and letter to oversea fan who is sick, this news has spread widely and became a hot topic. On 14 February, in the English Korean Entertainment Information Site Soompi, there's an article titled 'A Miracle occurred in Thailand', attracted most attention. In the article, it was mentioned that one Thailand fan received Kim Hyun Joong's letter and present.

According to the article, one member of a Thailand Fan club has undergo kidney transplant operation but the result was not very good and is staying in the hospital. This fan has been waited for SS501 Thailand Concert on the 13th February since long time ago, however due to her worsen health, could not go to their concert. Therefore, her friend wrote a letter to Kim Hyun Joong.

According to the fan: "Because the bodyguards were very strict, they could not pass the letter to Kim Hyun Joong directly. One fan when passed her present to Kyu Jong hide the letter together and gave to him. This letter might be passed to Hyun Joong by Kyu Joong."

When Hyun Joong knew about the actual condition and found out about the hospital that the Thailand fan is staying at, he sent his regards through a letter and present to the fan. The fan happily said: "It is really a miracle."

When consoling the fan that couldn't attend their concert because of her illness, he wrote in his letter: "Because of the schedule of the concert, I couldn't see you. After the concert, I will send you the concert video." He even called up the fan via an interpreter.

This news spread fast through the internet, after knowing this, the reaction of his fans were: "Once again, SS501's kind heart is confirmed. It is very touching.", "An idol that is thoughtful to fans", "Proud to be Hyun Joong's fan"