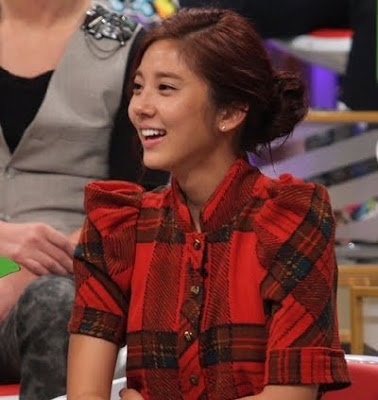 Sexy queen Son DamBi talks about her wish to film a CF together with Kpop diva Lee Hyori.

Recently for the filming of SBS ‘Strong Heart’ and she talked her wish to film a CF before her singer debut. She said, “Before I debuted, I really wanted to film a CF. And it was even the case since it will be filming with Lee Hyori.”

She revealed how much work she has put in to prepare for the audition to this CF but eventually she did not get to fulfil her wich.

She also talked about an episode with actor Kim Bum whom she worked with for SBS drama ‘Dream’. The kiss scene between the 2 in the drama has also gained much attention from viewers and netizens.

Son DamBi talks about Kim Bum, “Even though Kim Bum is younger than me by 6 years, he don’t call me by ‘noona’ for even once. He will always call me ‘DamBi sshi’.”

Meanwhile, this show will air on 10th November.