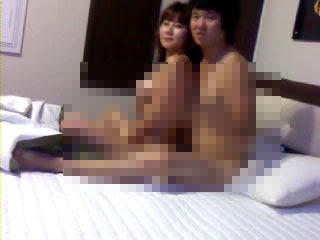 Solbi, Andy's wife from We Got Married, has been accused of being involved in a sextape. Pictures have circulated around the internet and have claimed to be Solbi. In the midst of the chaos, a representative speaks on the issue.

Netizens have said that the women in the video resembles Solbi, not only in the face, but in the body as well.

Solbi's management company has released a statement on this issue.

"The manager has confirmed with the star and it has been confirmed that it is not her. The girl in the video is just someone who looks very similar."

Even if the sextape is fake, Solbi's career will never be the same again. Will she be able to recover from this scandal?