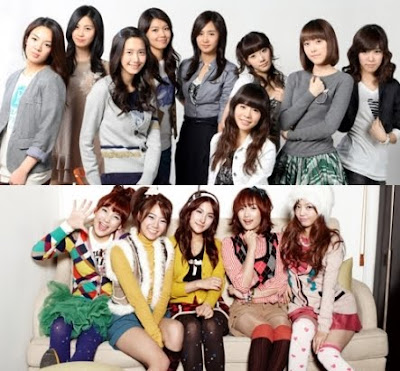 It has been known amongst the fans of 2 of Korea’s representative girlgroups So Nyeo Shi Dae and KARA how close the 2 groups.

Because they debuted in the same year and have many times promoted in the same time period, their friendship has deepened over time. Also the age of the members are also similar hence they are able to maintain their close friendship.

A staff said, “The members of the 2 teams are really close with one another, closer than what the fans have thought them to be. The girls also give each other advices and help a lot. “

And there is this nickname that fans give to the 2 groups – “SoKa Line (So Nyeo Shi Dae-KARA line)”.

There was also this nickname ‘WonSoKa (WonderGirls SoNyeoShiDae KARA) Line” given by fans.