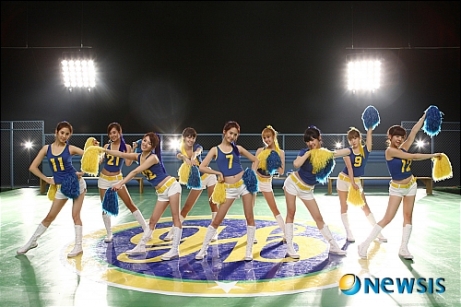 Hyoyeon revealed a rather different dating rule between SNSD.

Hyoyeon stated, "We have a specific rule for dating in SNSD. Even if we get a boyfriend, we can't keep it a secret between each other." As many questioned about the rule, she included, "By giving each other information, we won't have to overlap crushes."

SNSD members have a war when it comes to male celebrities not just in real life, but in dreams as well. Jessica mentioned, "I recently had a dream about Go Soo, and had an argument with Sooyoung (who likes Go Soo)."

In addition, Yuri caused the studio to burst out in laughter by saying, "Since we have a lot of members, we can't like the same people. We even have to get permission to dream about them."

On a side note, Tiffany, while looking at Taecyeon(2PM)'s picture from when he was young, mentioned that his ears are big. She said, "I still only see his ears when I'm watching him perform."