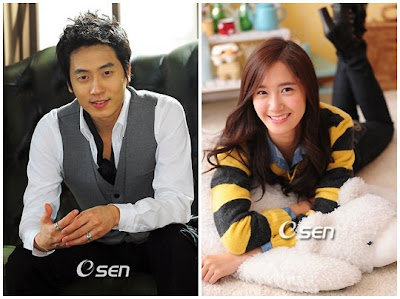 ShinHwa Andy has picked So Nyeo Shi Dae YoonA as his ideal type of girl.

On KBS Champagne aired on 24th October, Andy was one of the guest appearances on the show and got to participate in the ‘Ideal Woman World Cup Top 32′. Andy chose the 32 female entertainment in order and also confessed about his ideal type of woman.

At the end of choosing the woman he like in order, he was down with Lee SooYoung and So Nyeo Shi Dae YoonA, and he chose YoonA eventually as the ultimate ideal type of woman for him. 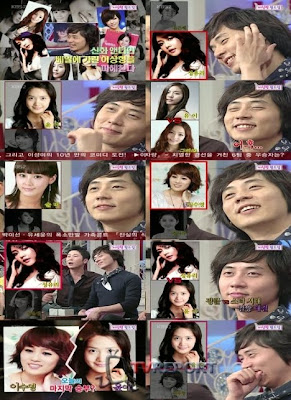 And on the show, when having to choose between So Nyeo Shi Dae TaeYeon and YoonA, he chose YoonA; between Fin.K.L Sung Yuri and Baby VOX Yoon Eun Hye, he chosen Sung Yuri; between Jung RyeoWon of Chakra and Shim EunJin of Baby VOX, he chose Jung Ryeo Won; and lastly between Jang Nara and Lee SooYoung, he chose Lee SooYoung.

He revealed that he likes pure and innocent type of girls on the show.

He also revealed his close relationship with actress Han Ye Seul and their friendship goes way back when Andy was staying in the States.

He said, “I am very close with Han Ye Seul’s elder brother. And because of that, we visit each other’s house a lot.”