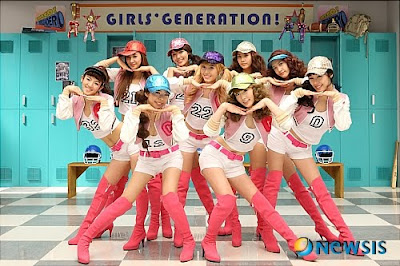 Girlgroup So Nyeo Shi Dae will slowly pull out of their variety show appearances.

Recently, news came that members Yuri and Sunny will leave KBS 2TV Invincible Youth, and Jessica who was decided as fixed appearance on KBS 2TV Happy Birthday is known to have left the show. For Jessica’s case, even thought she was initially decided as fixed appearance on the show, with the girls’ upcoming overseas promotions in the 2nd half of this year, she will leave the show after only 4 episodes.

With that, there is much interests as to whether the other members will also leave their current fixed appearances on various variety shows. Currently member YoonA is doing fixed appearance on SBS Family Outing 2, TaeYeon on KBS WinWin and SeoHyun on MBC We Got Married


And with that an official from Family Outing 2 voiced, “YoonA will definitely not leave the show. Currently the situation of the show will not allow her to leave.”

On WinWin and We Got Married’s side, it has also been revealed that there are no discussions about the girls leaving the show and the girls will continue to appear on the shows for the time being.

Looking at the schedules of YoonA, TaeYeon and SeoHyun on these variety shows, we will be able to see them continue on the show all the way till July.

But what will happen after that?

There are plans for the girls to carry out overseas promotions in Japan as well as other Asian cities. And for their overseas promotions this time, they will carry out as the full 9-member team, hence it is almost impossible for YoonA, TaeYeon and SeoHyun to continue their variety show appearances by then.