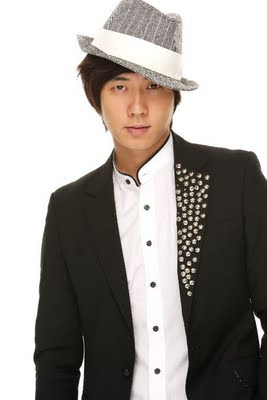 Popular group Shinhwa member, Andy showed both his sympathy and affection towards his junior group TVXQ.

Andy who already released two independent solo albums recently has an interview with Asia Economic Daily. “I know what DBSK members have been experiencing these days must give them a little bit pain. As their friends only be able to see, it’s a shame. I wish the case will be ended through an amicable settlement which won’t hurt any parties.” he said.

About TVXQ members who have been involved in legal battle with SM Entertainment, “I’m not in the position who can say right or wrong or judge someone to be good or bad. It’s difficult to give opinion about what’s happening.” however, “What every singers need to do is to stand on the stage. I hope they won’t lose their will and determination. I hope they would think about their fans more than anything.” he revealed his own thought.

Then on, Andy recalled, “Back then, when we (Shinhwa) all gathered and saw TVXQ, ‘Those fellows are so cool. It’s frightening.’ We never have the same thought like this before. We all acknowledge TVXQ’s powerful song performance is really scary. That’s why, to see them coming in this kind of situation, I’m shocked and sad because I could not even imagine it,”

Each member of Shinhwa has their own solo activities, but so far there’s no conflict arises as Andy said, “We’re trying hard to stick to each other rather than being greed off! You must respect even small things, so that you won’t lose the big one.”

Andy closed the interview by saying, “When later on Shinhwa could regroup again, we want to stand together with TVXQ on one stage. We don’t mind if people compares us, because we’re now stronger than we were before and we’re ready to get our victory, it’s not an impossible job to do. It’s not a shame to think a possibility of performing in showing a beautiful stage. Therefore, I really want to see TVXQ coming back again.”


It is so sweet & cool for Andy to support his juniors :).Always Keep The Faith !!!!!
Tags: Dbsk, News, Shinhwa
Share
Previous articleNext article