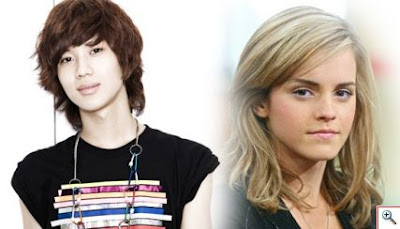 On the recent episode of Star Golden Bell which aired on 10/24/09, Shinee's maknae reveals his celebrity crush.


Much to the surprise of everyone around him, he revealed his crush to be none other than Emma Watson, the famous actress best known for her role in the 'Harry Potter' films.

The host asks Taemin to say "I love you" into the camera. The crowd and guests explode into laughter when Taemin states "Hi! I love you!" in English.