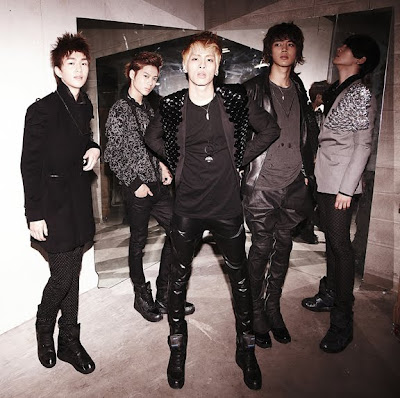 Korean boy band SHINee is racking up advance orders for their new album "2009, Year Of Us", according to their agency on Friday.

“We are very glad and grateful that fans have been so supportive of this album," the idol group was quoted as saying. "We will work hard to promote 'Ring Ding Dong' so we hope fans keep loving us."

All six tracks of "2009", including the title song "Ring Ding Dong", had been released on various online music sites on October 19.

The hard copies of their album was supposed to be released on the same day but had been put off by three days due to "problems to several songs on the album". All copies of the album have been recalled and re-produced.

The five-member group is set to hold an autograph session for fans at Kyobo Books Hottracks and Yongsan Media Shinara record stores on Saturday.

SHINee, one of the most popular idol groups in Korea, has had several K-pop hits, most notably their debut single "Noona, You're So Pretty" and the recent chart topper "Juliette" earlier this year.