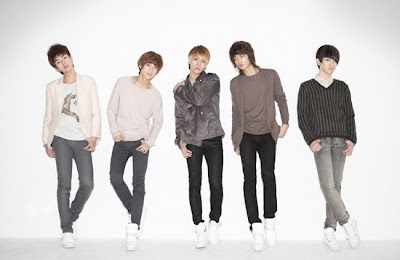 SHINee has once again proved to be a strong competitor for the boy group rookies like MBLAQ & BEAST.SHINee's new concept and Music Video for their 2009 Year Of us album has been receiving explosive response from their fans and netizens.Their albums are topping the charts and so is their hit single Ring Ding Dong.Their photobook is sold out in just a day.Even their MV is a hit !

SHINee's Ring Ding Dong MV has been ranked as the most viewed video in the month of October and it is already hitting 747,292 hits.It is also ranked number one on Youtube as the most commented for Youtube South Korea.
Tags: News, Shinee
Share
Previous articleNext article