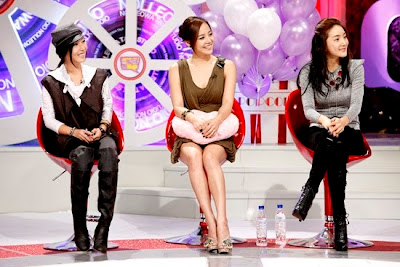 It's been 7 years since they have dismantled, yet Bada, Eugene, and Shoo still show the close relationship they have with each other.

On MBC's "Yoo Jae Suk and Kim Won Hwee's 'Come Play,'" Bada revealed that "it was only because of Eugene that I got accepted to college."

"In the college skill exam, I wanted to sing a American song. However, I did not understand the lyrics or the feel of the song so I started to worry," said Bada. "But Eugene helped me by translating each word for me and I was able to do well on the exam."

Bada showed off the 10 year old score that Eugene wrote for her that she kept all this time which moved the audience as well.

She also said that when she was busy studying, "Eugene and Shoo would cut me fruits and bring milk so I can study well."

It's wonderful to see the girls close even after all these years... and boy... do they still look mighty fine!

The episode will air on Oct. 26th.