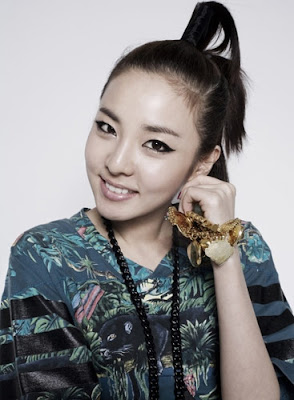 Sandara Park of 2NE1 has entered the screen-protagonist-role-debut countdown.

Sandara Park has already made a surprise appearance in MBC's "Return of Iljimae" last year. She showed a completely different side of her playing the role of a ninja's daughter Riero (sp?) saving Iljimae (played by Jung Il Woo)'s life.

It has been found out Sandara is getting many lovecalls from Choongmooro. She got a request to be the protagonist role in the Korean version of "Step Up". A staff said, "We've sent the scenario to Sandara. We thought she was the perfect cast for this project since she can sing and dance and has already tried acting in movies and dramas of Philippines and Korea."

Staff of YG Entertainment, which Sandara is part of, said "Sandara got lovecalls from not just that movie, but a few other dramas and movies asking her to play the protagonist role. She's been an actress already in the Philippines and has also constantly been getting acting lessons as a member of 2NE1. From now on, the fans might be able to see her in movies and dramas, not just on stages performing as 2NE1."


- Written by Kyung-ee Joh of OSEN


Article translations thanks to MCEmz @ YGLadies.com
Source: http://news.nate.com/view/20100211n03395
Do not change these two lines in any way.