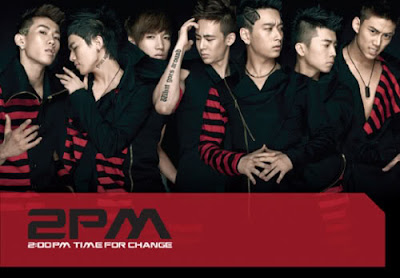 2PM has officially announced their return after their leader Jaebum’s withdrawal from the group and their temporary halt in their activities. 2PM has released the teaser on the 31st and had officially announced their comeback. The countdown on the teaser website stops on Nov. 2nd, amplifying the anticipation.
Fans are uneasy about the end of the countdown and the meaning behind it. There are some speculations that this countdown might relate to Jaebum’s return, gathering a lot of attention and interest.

Moreover, on the 7th, 2PM’s management company JYPE is holding an audition in Seattle. It is a chance for Jaebum and JYP to discuss about a possible return. There is a lot of interest in this because of the closeness of both dates.
About the possibility of Jaebum’s return, JYPE had expressed, “We can’t reveal anything yet” and is keeping quiet. 2PM’s manager Jung Min had stated, “Besides the news of their first comeback stage on the 13th through KBS 2TV ‘Music Bank’, I cannot say anything in detail.”

He had stated that he “could not reveal anything” about 2PM’s activities without Jaebum and have “nothing much to say as of now” about Jaebum’s return. Compared to September when JYP had expressed through the homepage about “2PM’s activity as six”, there is speculation that the possibility of Jaebum’s return to 2PM is higher.
Even about the audition in Seattle, JYPE had been careful about expressing their position. A JYPE staff stated, “The audtion is completely unrelated to Jaebum,” and added “As of now, I can’t reveal which JYP staff is going to Seattle and what kind of meeting will take place with Jaebum.”

On the other hand, some in the music industry forecast that a main staff from JYPE will visit Seattle and meet Jaebum one way or another. They believe that as the public opinion has changed positively for Jaebum’s return, even though it isn’t now, there is a possibility of a positive outcome in all of this.