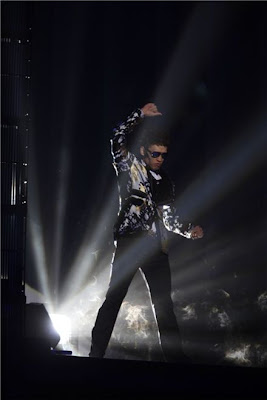 nAsian pop sensation Rain will hold a concert in the United States over Christmas, according to his agency on Thursday.

"He will hold concerts at a hotel in Las Vegas on Christmas Eve and Christmas Day," an official at J.Tune Entertainment said, adding that all the details have been agreed upon and are about to sign the contract.

The official added that the show will take on a similar format from his "Legend of Rainism" tour this year.

Rain will be performing for the first time in three years in the U.S. after holding his first concert at New York's Madison Square Garden in February 2006 and in Las Vegas in December the same year.

The 27-year-old singer, whose real name is Jung Ji-hoon, has been one of the most successful celebrities in the entertainment industry since his debut in 2002.

His singing career has gained him massive popularity throughout Asia and he also appeared in several movies and TV series -- most notably dramas "Full House" and "Sang Doo! Let's Go To School." He recently starred in a Wachowski Brothers production "Ninja Assassin", which is set for a worldwide release in late November.