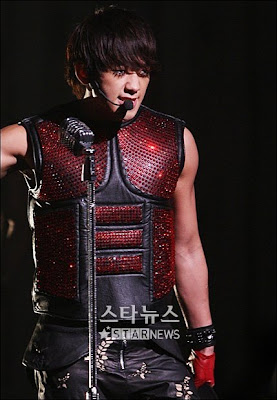 Singer Rain will be holding a Concert in Japan this coming July 18 and 18.

On the 17th, Rain's agency J.Tune Entertainment said that Rain will be holding a RAIN LOVE TOUR 2010 that will kick start in Saitama, Japan .

He will perform in Mata Super Arena Concert in Japan where huge sporting events, concerts and exhibitions unfolds. The multi purpose stadium is a well-known place for big events and also a lot of Korean Pop stars dream of being able to perform on that stage.

The concert will be huge and will also showcase large performances from the world star.

The RAIN LOVE TOUR 2010 will show performances from his latest album Back to the Basics and show a lot of dance performances and drama's as well. Rain will be having his first stage for his concert in Japan because of huge demands from fans.

Last April 17 and 18, Rain performed his concert in Tokyo National Yoyogi Gymnasium where fans warmly greeted the world star and shouted a lot during the show and called for an encore performance, after his concert in Japan, he received a lot of love calls for him to go back to Japan and hold another concert.