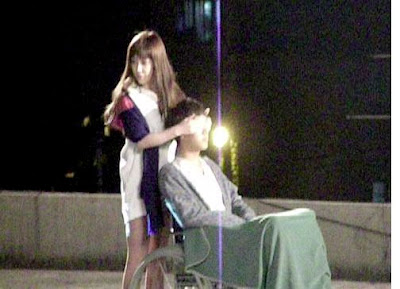 Photos of 2NE1's Park Bom filming her solo debut music video hit the internet and has people begging for more.

Since the song title is You and I, I'm gonna take a stab and guess that it involves some boy drama. By seeing that the guy is in a wheelchair, it looks like it's going to be a sad dramatic story.

It's impressive that Park Bom is coming out with a solo single already and a music video. Seems like Yang Hyun Suk has faith in her.

With 2 other YG members, Taeyang and G-Dragon flying high in the music scene right now, do you think there's room for Park Bom? 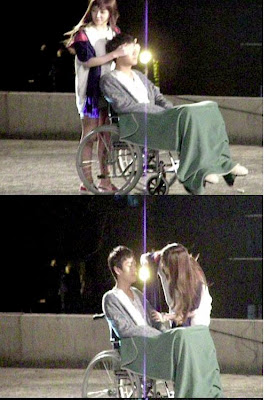