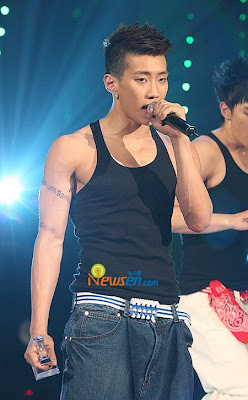 Park Jaebeom has asked his loyal fans for a little favor.

Earlier, last May 22, there was much controversy after 2pm performed at the 2010 Dream Concert where the audience started to shout for Park Jaebeoms name during their performance.

Meanwhile, Park Jaebeom is asking his fans to wait a little bit on his twitter for his return for the shooting of his hollywood movie "Hype Nation" which is going to be filmed in Korea by June.