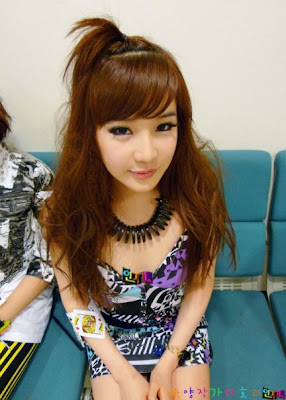 It has been revealed that Bom will release a solo track called, "You and I" on the 28th. She will be the second member from 2NE1 to make a solo debut, with Sandara Park being the first, with her hit single "Kiss."

Park Bom's song will be produced by none other than Teddy, who in the past has produced hit songs "Lollipop," "Fire," "I Don't Care," and "Kiss."

The R&B/Hip-Hop track will showcase Bom's strong vocals and complimented with a high production MV, that was filmed throughout many locations in Seoul.