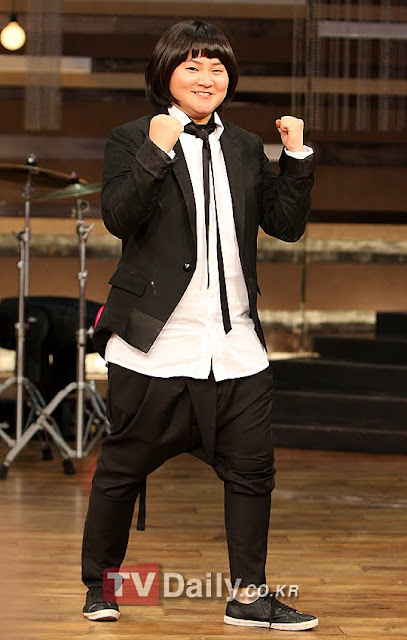 Kim Shinyoung, with a Eye-Catching Statement, "Of course, Jaebum is part of 2PM!"

At 7PM, at the Seoul NoWonGu GwangWoon University Cultural Theatre, there was an event called, “The 2PM Fan Meeting with Santa Fe”.

Kim Shinyoung became the MC for today’s fan meeting because she is close to 2PM. With her unique wit, she created a fun atmosphere as she played with the members and the fans in the audience.

She received a lot of cheers when she said, “Of course, Jaebum is also part of 2PM” when the fans started yelling, “Park Jaebum.”

She also said, “I was the MC for many JYP fan meetings including, 2AM and Wonder Girls,” and added, “2PM has a very strong friendship.”