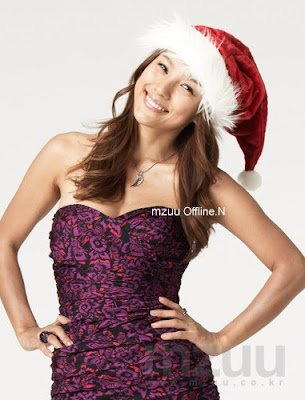 Looks like we will not be seeing sexy queen Lee Hyori for our year-end music awards and festivals this year.

To start with, it is said it will be hard to see her on 2009 ‘Mnet Asia Music Awards’(MAMA) to be held on 21st November. The reason is that she did not promote as a singer at all this year.

Her company said through an interview on the 10th, “Lee Hyori will not be able to appear on MAMA. It is because she has schedules lined up which were decided a long time back. Plus the fact that she did not do promotions as a singer this year, it will not be appropriate for her to perform on stage for MAMA.”

Just last year, Lee Hyori made topic for her appearance on MKMF for her kiss performance with Big Bang TOP. This will be a great shame for music fans since she has been hailed one of the top veteran singers in Korea and also known to be a trend-setter.

But good news is that she may be appearing for SBS Variety show awards year-end since she has been appearing on SBS ‘Family Outing’.