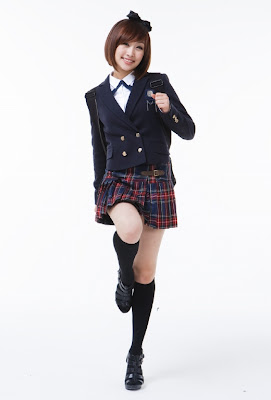 Nicole who has recently shot up in individual fame due to her appearances on "Star Golden Bell" will be the new star for the third season of Mnet's KAIST.

So what is KAIST? KAIST is actually a prestigious school in Korea, short for Korean Advanced Institute of Science and Technology and is considered the American equivalent to MIT.

So what is Nicole doing at one of the worlds best universities? She will be attending the school with cameras following her every move.

Nicole still has trouble with Korean as she is originally from America. There are many questions to the new season as people are wondering what she might want to study and how she might deal with school activities.

Previous celebrities to be on Mnet's KAIST includes MC Mong and Jewelry's Seo In Young.

The new season will air sometime in early November.