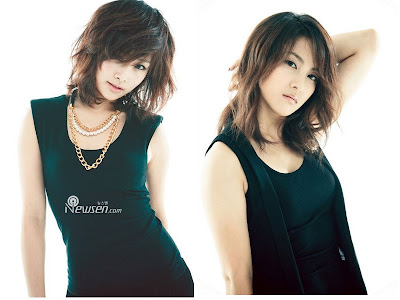 If you know anything about Kara, you must know that leader Park Gyuri is infamous for calling herself a goddess. On a recent recording of the new format for "Star Golden Bell" without Nicole's "Level with Me," Park Gyuri made a comment to the returned MC, Ji Suk Jin.

She began by stating, "I know that Ji Suk Jin loves pretty girls. He really likes to pick on pretty guests to talk to during recordings. I just want to ask him to not just speak to me." Gyuri Goddess strikes again!

Nicole then responded by saying, "Gyuri unnie always calls herself a goddess, but as time passes it seems like the dark circles under her eyes are getting bigger from loss of sleep!"

Ji Suk Jin tried to defend Gyuri by stating, "But I've never seen her dark circles." Gyuri admitted to her flaw like the cool girl she is by smoothly saying, "They're about 2cm below my eyes."

This episode of Star Golden Bell will air on the 24th.