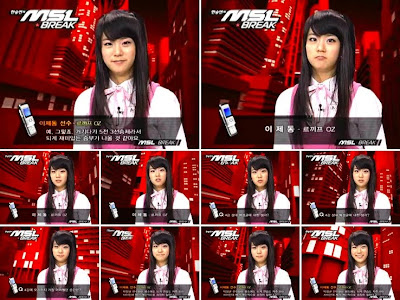 Videos of KARA member Han Seungyeon, VJ-ing for a gaming program suddenly became one of the most watched since the article broke out about Seungyeon talking about their hardships on SBS's Strong Heart. Debuting in 2007, the same year as the debut of Wonder Girls and Girls Generation, KARA initially had a hard time gaining popularity, and till the first half of 2008 the group was considered as failures in comparison to other more successful groups.

The reason why the group has earned the name of 'Economic Idols' and even the harsher 'No money, poor idols' is because instead of protecting their idol image, the members, most noticeably Han Seungyeon, went on different cable programs and even outdoor events to stay in the consciousness of people. The hard work shown by Seungyeon earned the group the nickname of 'Economic Idols'.

Many were not aware of this period for KARA, and new fans were surprised to see the old clips. Although the videos are about 2 years old, netizens were able to dig up the old files and watched a younger Seungyeon host the cable program all by herself. Many netizens said they teared up while watching the old clips, noticing how far the group has come from their 'failure' days.

Others wrote 'Now that KARA has succeeded, Seungyeon must feel proud.', 'If not for Han Seungyeon, there would be no KARA today', 'No matter what other people say, Seungyeon is still the "Face" of KARA'.

Han Seungyeon's tearful confession and behind story will be broadcasted on November 3.