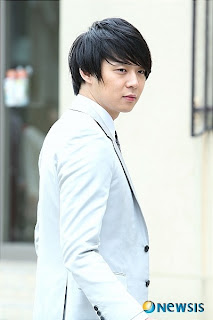 The main character of KBS 2TV ‘SungKyunKwan Scandal’ Yoochun conducted his first script reading on last 16th at Gangnam. On that day, more than 100 fans who knew the schedule in advance were desperately waiting for a long time in front of the office in order to meet him.

Yoochun was continuing his practice while was also having a friendly conversations with his fellow co-stars Jo Min Ki and Song Joong Gi who are confirmed to cast along with him.

While Yoochun’s argueably counterpart Song Da Young in other hand was said not to present until the cast was finalized. One official added, “The lead female protagonist and supporting casts are not yet finalized. After the cast is done, we plan to do the first shooting soon next week.”