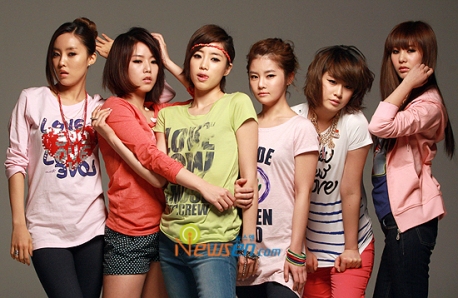 On the 7th in the JangChung Gym, the Men's NH Nonghyup V League All Star was held. On this day, T-ara brilliantly performed 'Bo Beep Bo Beep' and the follow up track 'Like the Beginning' captivating the audience.

However after the event, 'Tiara's Mistake' ranked high on various portal sites due to the increased interest of netizens.

An official stated that "Due to the avid fans and enthusiastic cheers, Tiara was nervous and mistakened volleyball for badmitton. They were so sorry that they tried even harder to provide more enthusiastic and decorated performances."

So the netizens stated 'Didn't they not prepare enough for a official event?' and 'How do you confuse badmitton and volleyball?'