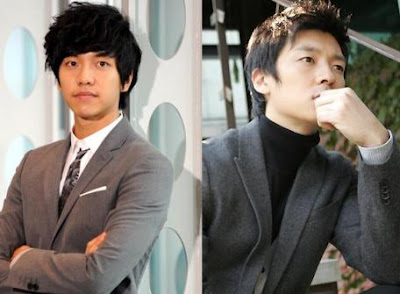 Amidst all the plagiarism controversies lately in Kpop, it was said that the police has received a complaint claiming that singer Lee Seung Gi’s new song ‘Let’s Break Up’ is plagiarised work.

Composer SeongHwan, who also composed singer Tim’s ‘Injured Ankle’, said on 27th October, “Lee Seung Gi’s song ‘Let’s Break Up’ has infringed on the copyrights of the song ‘Injured Ankle’ released in 2007″ submitting his complaint and also documents of evidence in Seoul.


Already there has been some suspicion on 7th October on various portal sites where netizens voiced that the 2 songs have sounded very similar.

Lee Seung Gi’s new song ‘Let’s Break Up’ has caused quite a sensation when he first released it, with the song going up ranks on music charts in just 2 days into its release.

It is known that Lee Seung Gi’s song was composed by Mr Kim and Mr Lee.

SeongHwan then revealed during a phone interview on 28th October saying, “When I first heard Lee Seung Gi’s song, I suspected something. Personally I thought about 16 lines had infringed the copyrights of Tim’s song, but altogether there are 4 lines with copyrights infringed. I sent my concerns to Lee Seung Gi’s company and also to the concerned composers about judging on it and about different variations, but there was no reply, so I decided to lodge a complaint about it.”

He has also decided to file for litigation and also request for royalty fees from KOMCA afterwhich.

But according to the concerned composer Mr Lee of the song ‘Let’s Break Up’, “I have not been contacted by the police yet. But I will be seeking advice from various authorities and officials about it.”