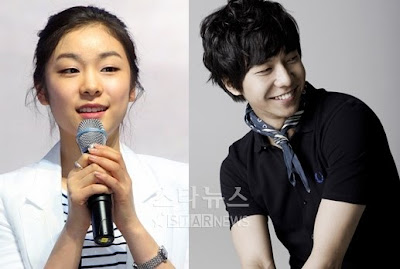 Kim Yuna and Lee Seung Gi will be the latest addition to the idols to sing for the World Cup.

SBS Officials said on a phone interview that "Kim Yuna and Lee Seung Gi will be singing a duet for a song for the World Cup".

This song will be in support from KB Financial group in collaboration with SBS's World Cup Campaign used as the background music. Kim Yuna and Lee Seung Gi are currently models for KB Financial Group.

For the SBS World Cup Campaign, the song that Kim Yuna and Lee Seung Gi is not yet official but they are talking into considerations their version for "Were with you". KB said that the song for their duet has not been finalized.

KB Official said, "By 19th Friday, we will come up with a final decision on which song to choose"