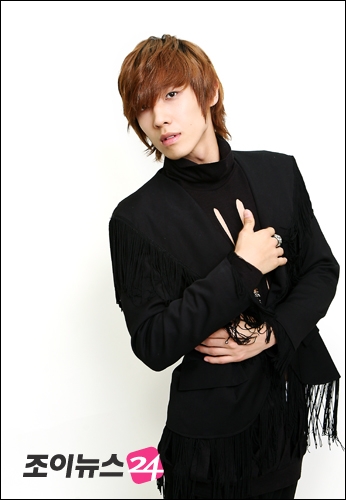 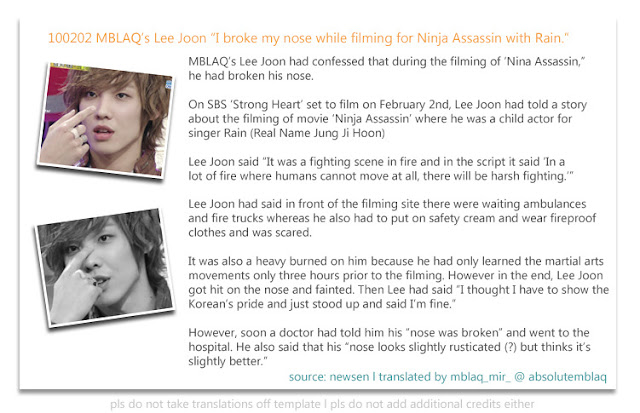 Lee Joon must have gone through a lot of hardship during the filming of Ninja Assasin.

He confessed on Strong Heart aired on 2nd February that he broke his nose during the filming of Ninja Assasin.However,i think his hardwork and efforts worth it as he has a lot of fangirls who are loyal to him,so whether he has a broken nose or not,fangirls love him,as long as he has chocolate ABS,haha!

Hope that Lee Joon can continue to impress us with his singing and dancing skills in the near future!!
Tags: Lee joon, Mblaq, News
Share
Previous articleNext article