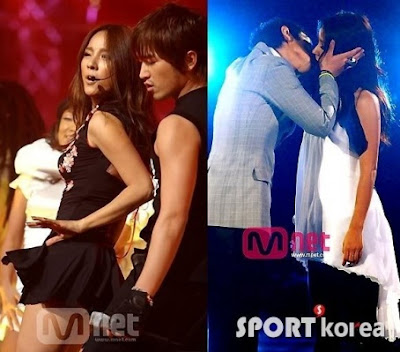 When Hyori went solo in 2003, the song “10 Minutes” earned her the Most Popular MV award. She created even more topics in her sexy performance with Lee Minwoo that same year.

After that, in last year’s MKMF, Hyori and Big Bang member, TOP, performed in a music drama and shocked everyone with a kiss, which garnered a lot of attention from viewers and fans alike.

However, the PD for last year’s MKMF, Choi Jae Hyun PD said, “The kiss scene received approval beforehand, but we didn’t expect Hyori to actually do it.”

MAMA (Mnet Asian Music Awards), which takes place November 21, will be replacing MKMF at the conclusion of its 10th year.