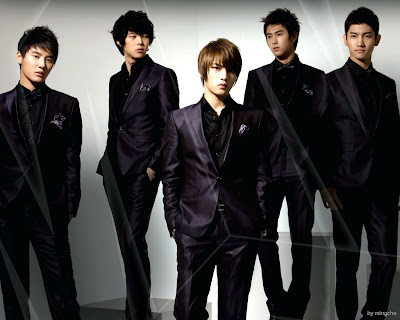 The possibility of Korea's top idol group TVXQ disbanding is increasing, after their agency sent an apparent ultimatum to three of the five-member boy band to return to the agency.


Speaking at a press conference on Monday, SM Entertainment chief Kim Young-min accused the three members -- Xiah, Hero, and Micky -- of having sued against the company out of greed to make more money.

Kim was speaking about the ongoing legal battle between the three members and the company. The three band members claim the contract signed between TVXQ and the management agency is unfair.

Last month, a lower court sided with the three and ruled that parts of the contract should be invalidated, paving the way for them to resume individual music and advertisement careers.

The agency vowed to bring the case to a higher court, saying the three must follow the contract as long as they continue to be part of TVXQ, and should get paid according to the current contract.

The other two members -- U-know and Max -- rendered their support for the management agency's claim, expressing hope that the other three would return quickly.

In their statement, the two stressed that all members have worked under the same contract with SM Entertainment for the past five years.

"We believe that TVXQ would not have been in existence without SM Entertainment, which created the group. We are also not willing to resume our career as TVXQ without our current agency," the statement said.

In a related movement, SM Entertainment chief Kim made it clear that although the court granted freedom to the three members to pursue individual activities, they are allowed to work as TVXQ only under SM.

The company demanded that the three members reply to its request to return to the agency by Nov. 12.

But it is widely viewed that the three are unlikely to continue to work with the management agency due to deep distrust between the two sides.