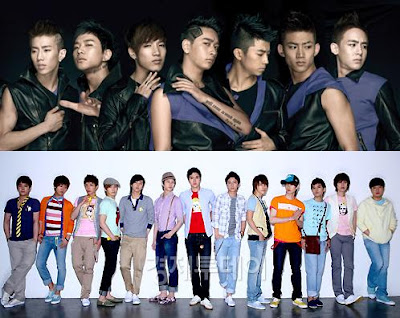 Hallyu, or the Korean wave, is starting to enter Europe, with more students in France, Germany and Britain interested in Korea’s economy, politics, history and language.

This emerging trend apparently stems from the improved image of Korean conglomerates such as Samsung, LG, Hyundai and Kia in Europe. Younger Europeans are also showing heightened interest in Korean pop culture.

Lee Jin-myeong, a Korean studies professor at the University of Lyon 3, said yesterday, “My Korean class had 50 students last year. This year, I had to offer two classes of 35 students each since 70 signed up.”

Since 1999, the number of students taking Chinese at the University of Paris 7 has increased 2.5 times, and that in Japanese has doubled. The figure for Korean, however, has nearly quadrupled.

Lee Eun-jeong, a Korean studies professor at the Free University of Berlin, said, “Students who applied for the Korean studies program numbered just 32 last year, but the figure more than doubled to 68 this year,” adding, “We had no choice but to filter out 40 students to meet the quota of 28.”

Students cited a number of reasons for taking Korean studies, but the practical goal of finding employment involving the country was the main factor. In a survey of more than 60 students majoring in the Korean language at the University of Paris 7, about 80 percent said they want to work for Korean companies or in cultural exchanges between the two countries.

Students singled out electronics, cars and shipbuilding as business sectors in which Korea is competitive. They were also well aware of Korea’s major brands Samsung, LG, Hyundai and Kia.

Korean pop culture was also popular with European students. Many knew of acclaimed Korean movies such as “Oldboy,” the work of director Kim Ki-duk, and even films that won no awards such as “My Sassy Girl,” “200-Pounds Beauty,” and “A Bittersweet Life,” as well as TV dramas such as “Full House.”