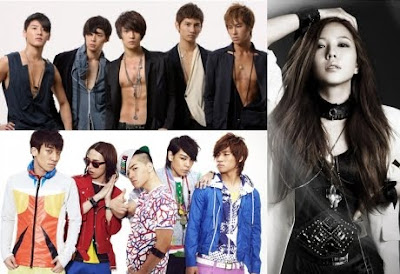 1st week of November the week for the Korean singers on Oricon Chart?

Korean singers are the prominent figures up on Oricon Chart for the 1st week of November. We see singers like BoA, Dong Bang Shin Ki and Big Bang, and also Korean actor-singer Ryu ShiWon up on the top 10 positions on the chart.


Not only that, we have BoA and Dong Bang Shin Ki who are doing strong up on the chart as well.

A music industry expert said, “BoA and Dong Bang Shin Ki have already gained much of a name in the Japanese music market. And Ryu ShiWon has also done so through his dramas and was hailed as one of the top Hallyu stars in Japan. So the response to his album will be good as soon as he releases a new album. And for Big Bang’s case, even though they are newcomers here, their unique music and significant fanbase present will promote the album sales.”