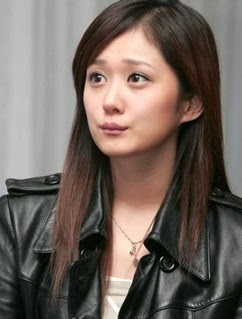 Jang Nara is a very popular Korean singer and actress. She also sings in Chinese and is known there by her Chinese transliteration name (张娜拉 Zhang Nala).

[East Daily] Recently Jang Nara said in a television program “Every time when I am short of money I will always go to China to make more!” This remark was immediately bombarded by the netizens. They threatened to blacklist her. Today evening (12th), Jang Nara posted an announcement in her blog, apologizing for such remarks.

This blog post was written by Beijing Nara Culture communication Co. Ltd. for her. The article reads “Actually Jang Nara’s speech in the program that day was purely based on the nature of entertainment, as entertainment meant to express, and did not mean any disrespect to the Chinese people.” “We sincerely apologize to those fans and Chinese people who were hurt by this.” Then, the paper describes the whole story of this incident in detail, says “‘every time when short of production budget, will always go perform in China” was added during the translation of the program production process, and Jang Nara did not say that.” Also “solemnly declared” that “Jang Nara definitely does not only come to China for milking money.”

Recent years, Korean stars often performed in China, calling it developing Chinese market, but in fact making serious money is the main reason. Recently, Korean star Jang Nara revealed in a well-known Korean talk show that whenever her production budge is tight, she will go perform in China.

This remark caused an immediate uproar. Netizens think such remark was clearly discriminating against Chinese market. “An insult of Chinese people, she thinks people in China can only see her fake smile!? Gone too far, never seen any Korean performer say things like that.”

Yesterday evening Jang Nara found out that things became more serious and quickly said that she was joking, and was blown out of context by the media. She said she is going to mainland for exchanges, and public services while performing.

So how did netizens react to her apology blog? There are already over 1,700 comments.

Really! I hope you can do some good soul-searching! Please watch your words and deeds! I used to like you. Go!

We don’t welcome you, hope you won’t come to China anymore!!!!

Do you think Chinese are stupid? idiot

You can choose not to donate money, not to do charity, you can make money every where in China, but if you say things like this then it’s wrong. Hurt Chinese people’s self-esteem. Many Chinese people are very fond of you. So no matter if you were doing on purpose or not, you should use a sincerity to take care of this matter, restore your loss. Don’t blame Chinese people being heartless, blame yourself don’t understand China, you are not a very good Korean ambassador.

One word get lost! two words hurry get lost! Shameless person! including that Han Geng group! Damn shameless! Chinese people in China helping Koreans to make money, brothers and sister of the country are fools! wake up! all damn traitors! (D:!!)

[more comments at the source]

Later Sina released a video of Jang Nara apologizing both in Chinese and Korean:

[can't figure out the embed; please view @ the source]

In Chinese: Hi everyone I am Jang Nara. Thank you for everyone’s caring for me. About recently what I said in Korea, many negative reports appeared afterwards . I feel very sorry, I am really sorry to very one.

In Korean: Hi everyone I am Jang Nara, about the things that happened recently, I want to explain. That TV program called “Strong Heart” is an entertainment centric talk show. Before I went on the show I was talking to the producer of the show, he said they could not directly promote my new film. He asked me during the shooting of the film, was there anything interesting. I said there were some… He thought they were interesting after hearing them so he decided to call the show “please help my family!” In order to increase the entertainment value of the show he asked me to be more exaggerated. At the set it was indeed entertaining. But maybe later the translation caption was written too direct, made everyone think my father used me to go to china to make money. Therefore I feel really sorry! I wanted to promote my new movie. But I made a fool of myself trying to be clever and caused everyone’s misunderstanding. For this I feel very sorry! During these years developing in China I had many help and support form the Chinese people’s. I always see China as my second home. Right now I like to thank all of my Chinese friends. I also want to say sorry to those Chinese friends who are disappointed at me. I will work harder in the future to make better songs and movies for everyone.

In Chinese: Maybe, for that I caused harm to the Chinese audiences. I deeply apologize.