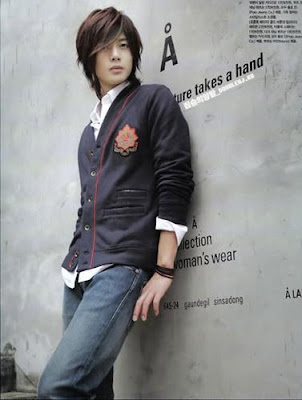 SS501 leader Kim Hyun Joong has been deceived for 8 million won during the process of producing the album, ‘Rebirth’.

After a lapse of one year and seven months of returning, SS501 suffered a fraud from a South Korean composer which caused the entire members headaches.

DSP entertainment expressed: “We have been deceived by the composer of this album. We are curious whey he kept changing the tunes from the original tunes during the process of recording the song. After that we came to realize that he copied the tunes from the foreign songs. He often changed the tunes so that we could not find out. Among all these songs there are one tunes similar to USA singer Timbaland’s song.”

Then DSP entertainment added: “The members accidentally heard this song on the plane and noticed that it was very similar to the song that they recorded in the album. If this piece of song is included in the album, then it will be considered 100% plagiarism.”

The company expressed: “Due to the lack of corporate funds, Kim Hyun Joong drew out 8 million won to pay to the music composer. As the leader, he considered that as a good tune so he came out with his own money first.”

SS501 member Kim Hyung Joon said: “The composer has been like our brother since the album ‘U R MAN’, we never dreamed that he will stab us in the back.”

Kim Hyun Joong expressed: “Because of this incident, this album was delayed. We really hope to see our fans soon with our regular album however due to the damaged it had become a mini-album. We are considered lucky that we did not suffer greater losses and our album can include outstanding works of other composers.”