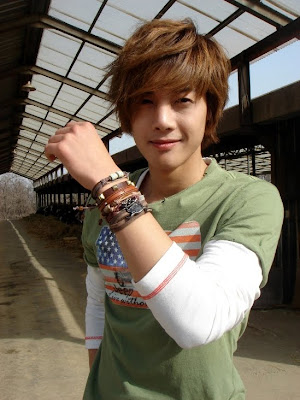 Recently, korean Idol Kim Hyun Joong and the rest of SS501 arrived in Taiwan for the White Golden Disk Award and personal concert. When the boys arrived, Taiwanese fans filled the aiport to greet the five handsome boys, in particular Kim Hyun Joong was surrounded by a mob of fans. With the crowd gathering and the body guards trying to protect the members, the incidents suddenly turns gloomy. One fan reportedly collapsed after being pushed too had by the body guards. Fans were very angry afterwards over no one taking responsibility.

Kim Hyun Joong expressed, "Our body guards only want to protect us. I am sorry if they pushed everyone too aggressively."