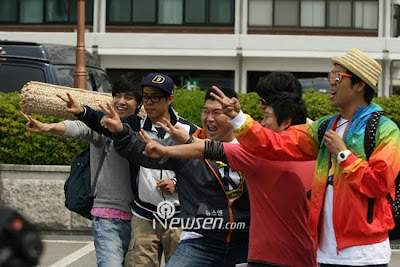 According to the ratings research company 'TNS Media Korea', The November 1 2009 broadcast of KBS 2TV 'Happy Sunday' Corner '1 Night 2 Days scored 38.22% of the audience said. Last week the show scored a rating of 32.76% and gained a figure of 4.5% this week. The last ratings, the show scored was approximately 37.58% and this weeks ratings has renewed its top ratings. At the last minute of the episode, audience tv ratings was (peaking at) 44.6%.

'1 Night 2 Days ' considered as one of the best shows of the corner, has beated other shows due to the a comparison, in tv ratings, with other programs. But '1 Night 2 Days' had lots of the popularity amongst the viewers therefore it will be easy to beat other programs at its time slot.

Other programs such as KBS 2TV 'Happy Sunday' average ratings of 16.75%, rising from last week's disappointment. With SBS Family Outing - Part 1 gathering it 26.4% of the viewers.