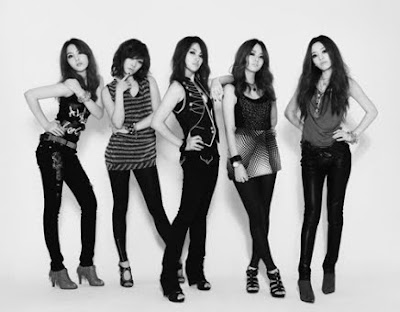 It's been less than a day since we first questioned Nicole's exit from KBS2TV's Star Golden Bell after a fancam of her as an audience member was released.

It has now been confirmed that she has already left "Star Golden Bell," which includes her corner, "Level With Me." The popular corner brought many laughs to all the celebrity guests and studio audience.

Nicole did an amazing job of translating Korean sentences, phrases, or words in the oddest way possible. It made her all the more lovable and well known. This also helped Kara in their promotions.

With the start of the fall season, "Star Golden Bell" will have a totally new format. They've already filmed an episode without Kim Jae Dong and Nicole. But at least you still get to see the cutie as a guest in the episode.

It must feel odd for her and the viewers to have the corner off the show. But if you're a Kara fan, you have nothing to worry about. Kara's leader, Gyuri, will take over and have a new corner, following in the footsteps of Nicole.