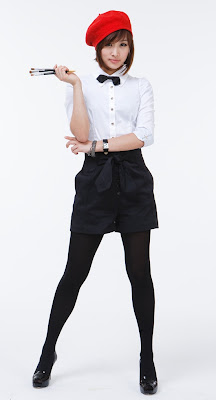 Kara's Nicole was revealed to have ranked first in her school.

The main character for Mnet's 'Kaist season 3', Nicole was noted for her intelligence when she ranked first in her middle school in America.

After graduating from the middle school in America, she returned to perform as an entertainer in Korea, and is currently being home schooled to meet the necessary requirements.

Her mothers thoughts on Nicole's casting on 'Kaist Season 3' were "It's nice to be successful as an celebrity, but I also have big hopes for our smart Nicole to continue school"

However, because Nicole has always had piety for her mother, she has decided to set up her study plan and gained a burning desire to study and is quietly getting her mind ready. Nicole's interview results is planned to be announced next week.

The viewers are wondering which campus life in which college Nicole will attend.

The first broadcast will be on November 12.