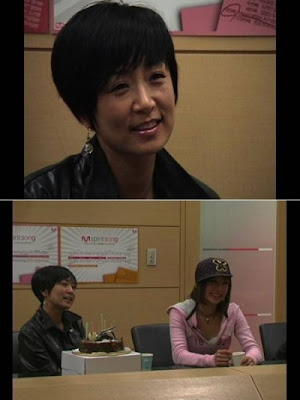 Mother-daughter pose by KARA Nicole and her mother has been revealed.
On Mnet ‘Kaist Season 3′ featuring Nicole in the show, Nicole was seen together with her mother waiting of her college entrance interview results after sitting through them.

It is known that Nicole’s mother’s age is 1 year different from 39-year-old talent Yang JungAh on the show. And on the show, it was revealed that Nicole is a very intelligent girl, and she has scored first in her middle school when she was in the States. And after graduating from middle school, Nicole has returned to Korea to pursue her dreams as a celebrity and has since been receiving home schooling.

Nicole’s mother said on the show, “Even though it is good that Nicole is succeeding as an entertainer, I really hope that she will continue to pursue her studies further since she is so intelligent.”

The show will start airing on 12th November.