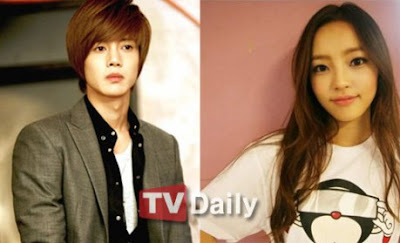 The present is a jumper. It was revealed on KBS ‘Invincible Youth’ to be aired on 13th November where the participating idol girl group members have to do exchange of the things which they treasure.

And when they were talking about the items they treasure, Goo Hara revealed the jumper which she has received from the filming site for drama ‘Boys Over Flowers’ from SS501 Kim Hyun Joong.

She also revealed KARA’s upcoming album, not yet released into the market, and said that she took from the company on her way out without asking her boss about it as she was in a rush.
For the episode, So Nyeo Shi Dae Sunny revealed 7 bottles of health drinks which was given personally to her by her mother, and member Yuri revealed her treasured sports shoes.

For Brown Eyed Girls Narsha, they were her special blankets, healthy food and hiking hat.