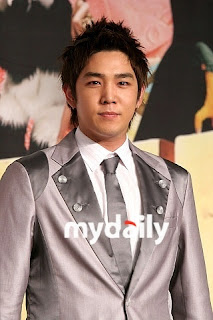 Super Junior member KangIn (25) has received a warrant from Office of Military Manpower Administration (MNA) to enlist into the army in October.

But on 22nd May, according to a SM Entertainment representative, there is possibility that KangIn will enlist earlier. The reason is that KangIn has already signed up for enlistment at the MNA.

The SM rep said, “If KangIn’s application for enlistment is acceptable, we were informed that he will be in July.” It is known that KangIn will be enlisting as rank 2, determined by a physical examination he took.

Caught in controversies like assault and drink driving last year, KangIn did not participate in Super Junior’s recent 4th album promotions, and announced his decision of enlisting into the army via a post he posted up on Super Junior’s fancafe.