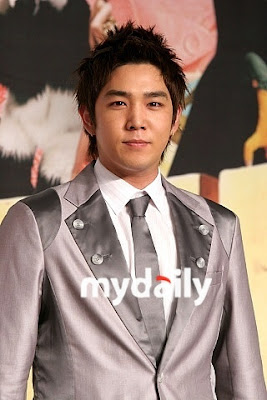 Super Junior member Kang-in showed up at a police station on Sunday midnight to receive investigation for drunk driving hit-and-run.

He had failed to turn up at Seoul Gangnam Police Station for investigation Friday after turning himself in earlier in the day for colliding into two taxis with his car and then fleeing the scene.

Two taxi drivers and two passengers were in the vehicles the singer ran into but no injuries were reported. His alcohol level stood at 0.113 percent almost six hours after the incident.

Police said the 24-year-old singer admitted to all charges over an hour-long inquiry and will turn over the case to prosecution.

Late on Friday, Kang-in had written an apology on his group's official website, saying he is sorry to have caused trouble shortly after being involved in a fight at a bar in late September. Police had booked him on charges of assault.

"I had been agonizing everyday from the guilt over what had happened last time," wrote the singer. "I was trying to forget about that pain and loss but ended up disappointing you again. I repeatedly apologize."

He also apologized to his agency SM Entertainment and his boy band.

Kang-in is a vocal of the popular 13-member boy band which has enjoyed a successful career throughout Asia since their debut in 2005.