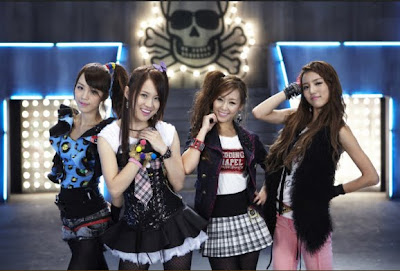 -pop girl band HAM is set to debut in Japan next month, according to the agency on Friday.

The four-member group will appear on a month-long TV shows titled "Idol Sniper" in Osaka with CS Victory channel, LeeYeon Entertainment said in a press release.

LeeYeon explained HAM will go into shoot in December and the show is set to air in Japan in January.

They are also set to hold a joint concert, both in Korean and Japan, alongside Japan's idol duo Marry Doll and perform at numerous concerts in Osaka, including the "Super Live 2010" on March 28.

HAM, which stands for "Heart And Mind" -- debuted in September with the single "T.T Dance". The group's agency also announced that they will release a follow-up single in early December.