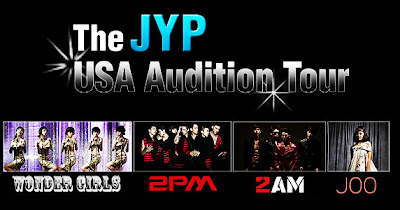 The first stop on the 2009 JYP USA Audition Tour was none other than the 50th State. The auditions were held on October 25th from 10:00am – 3:00pm at the Waikiki Resort Hotel, which is owned by Korean Airlines. A little over a hundred of Hawaii’s finest turned out to audition to be the next Rain, Wonder Girl, or beastly idol. Those that attended ranged in age from tweens to twenty-somethings and there was an even amount of male and female contenders. There was an abundant amount of singers followed by dancers, with a few actors and models sprinkled in the mix.

For those of you thinking of trying out, here’s what you can look forward to. The registration process was fast followed by about an hour wait. While waiting to audition, participants were shown videos of JYP trainees so they could get a taste of what life would be like if chosen. JYPE staff were generally helpful and kind answering questions and giving auditioners tips for their performances. They were then taken to the audition room in groups of 10. In the audition room, there were three staff, one judge, one assistant, and one videographer. Each person went on stage individually and was allowed to present whatever they prepared in entirety. Many of the auditioners claimed that nerves got the best of them and they were a little intimidated by the judge who was reportedly, beautiful.

Those that pass the audition will be notified via email by December 15th. The ultimate prize will be a position as a trainee of JYP Entertainment. Next stop for the tour is Los Angeles on All Hallow’s Eve. One savvy auditioner noticed that after a few minutes the videographer tended to stop recording the video for most of the performers. Whenever a standout performed, they videoed the whole performance. Just a little something to look out for if you are auditioning in one of the upcoming cities.

A few of Kpop’s finest are either from Hawaii or were ‘discovered’ there. Rebekah Kim, better known as After School maknae Beka, was born and raised in Hawaii. She is a graduate of Moanalua High School on the island of Oahu. Eun Ji Won and Kang Sung Hoon of Sechs Kies were discovered at a club in Hawaii by the vacationing co-president of Daesung Entertainment. The two had been living in Hawaii while attending Hawaii Pacific University.

Good luck to all those who tried out at the Hawaii auditions. If you don’t make it this time, there’s always another, so don’t give up on your dreams. And, you live here… 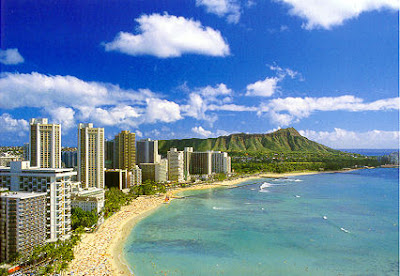 … so life ain’t that bad. A special ‘Mahalo’ to KYURANGER! and puckapow of Soompi for sharing their audition experience.