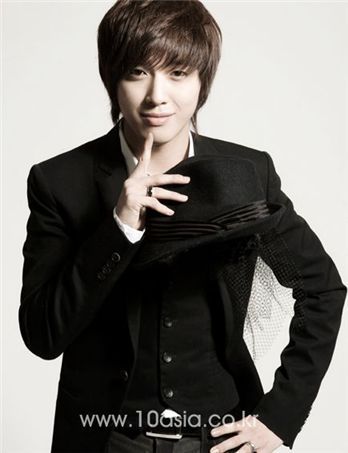 CNBlue Jung Yonghwa revealed a regrettable incident that happened when he went to Seoul from his hometown, Busan.

Jung Yonghwa made an appearance on SBS Strong Heart on 9 February, telling the story of meeting his ideal woman by chance in Myeong Dong.

Jung Yonghwa disclosed, "I saw my ideal woman at Myeong Dong and thought that I should not lose her, so I asked her out to a movie on the spot." The girl, of course, accepted his offer and they both went to a cinema. While watching the movie, the girl made a remark of a character's lines, "I really hate Kyeong Sang Do men," which shook Jung Yonghwa's heart.

As a result, Jung Yonghwa decided that he must not show that he is from Kyeong Sang Do. However, he subconciously slipped out in dialect at a cafe. Jung Yonghwa bursted out, "Warm," and, "It's bitter," in dialect. The girl got angry with the dialect and left the cafe without saying anything. When asked for the reason, she threw Yonghwa off with one sentence in dialect. "You're from Busan, aren't you?!"

In the end, the girl who hated Kyeong Sang Do men was also from Kyeong Sang Do. She hoped to date a Seoul guy and had considered Jung Yonghwa.